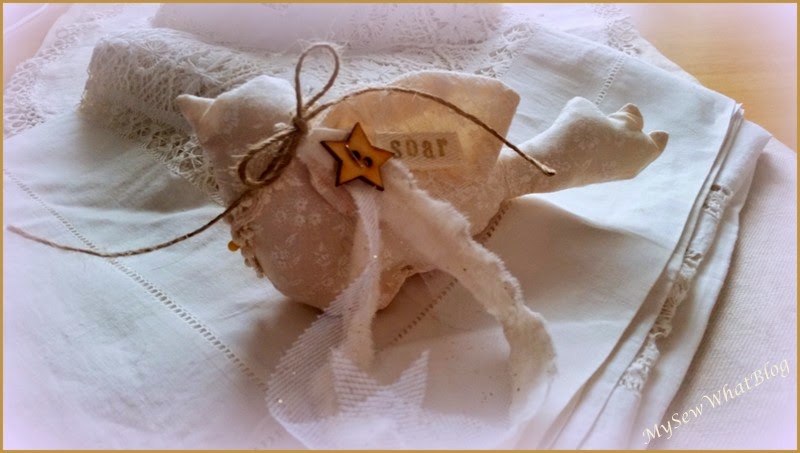 It's been a rainy day today so I thought it would be a great day to work on my bird project. I have been thinking about creating bird ornaments out of an assortments of fabrics. I tried drawing a pattern but couldn't quite arrive at that preconceived notion in my head. So I asked my friend Debbie, (who is very artsy) to draw me a bird. She drew me several! 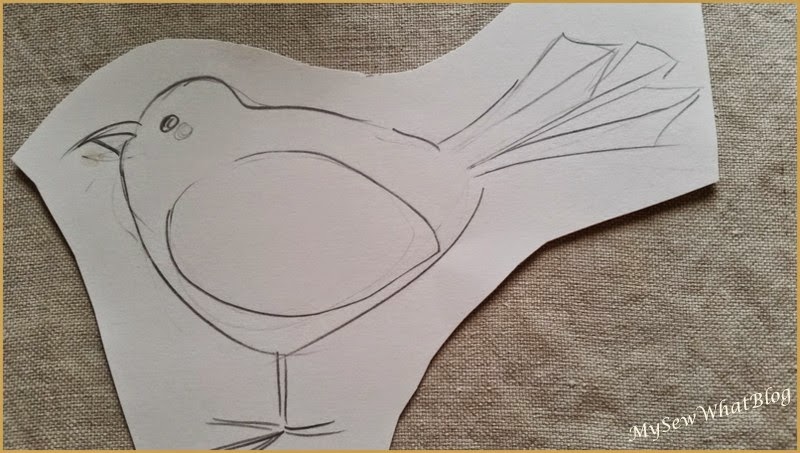 I love this one! It's exactly the bird I have been trying to draw myself. It's cute! It is traditional with a touch of whimsy! I love that it is a bit on the chubby side! Thank you Debbie! 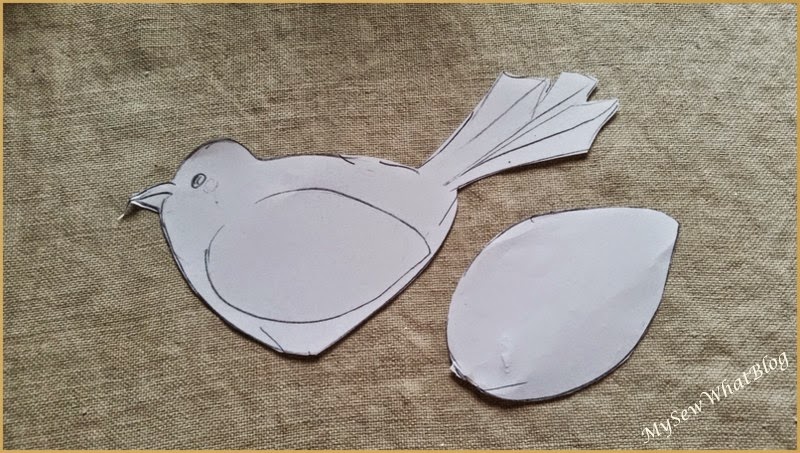 The next step was photocopying it to make a template. I made a few different sizes and cut them out. The first one that I attempted to stitch up was too small  and difficult to stuff the tail section. The beak was also too small to stuff. So I went with a larger size and made a separate triangular pattern piece for the beak. 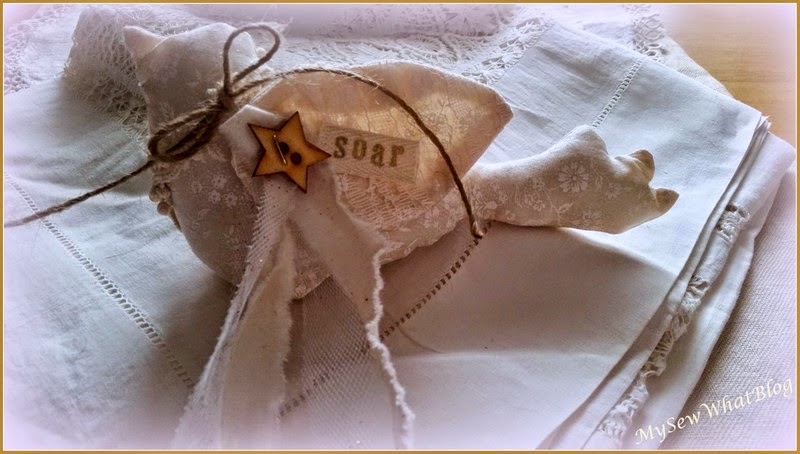 A bird in progress, still some tweaking to do......

In these photos, nothing is stitched together except the body and the wing. All of the little extras, the trim at the neck, the twine bow, the star button, the stamped inspiration and fabric streamers are all just lying there unattached.

I have not reached any final decisions on how to embellish this little bird.It is still in it's planning stages and gets a little better each time I redo it. I am not loving it's tail at the moment--the bird says tweet but the tail says cock-a-doodle-doo so I will change the tail (square it off a bit) when I cut the next one out. 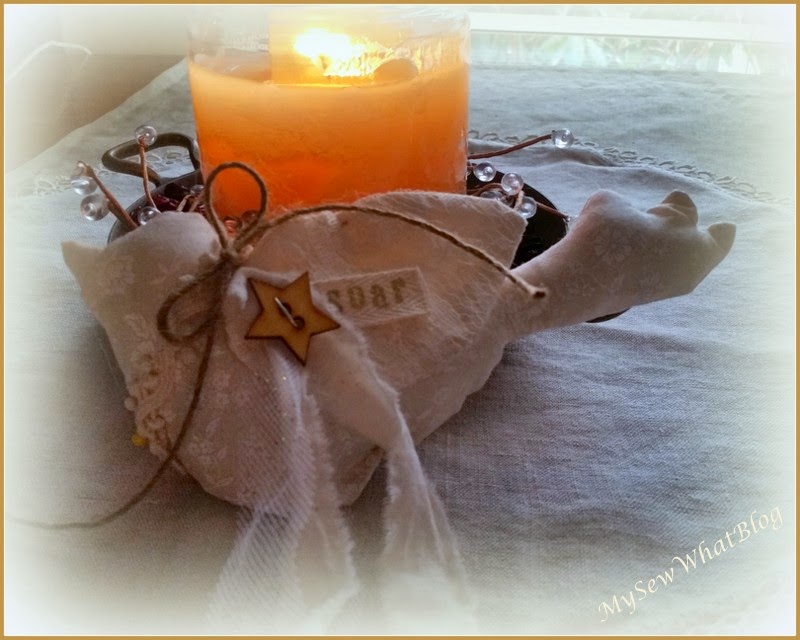 Later this evening, I will stitch the beak, wing and belly openings closed, attach the wings and all the little extras. Then I will start another bird, tweak it's tail section and hopefully arrive at a bird that I am completely happy with. I am envisioning both hanging and standing varieties in an assortment of fabrics, colors and styles.

"It's not only fine feathers that make fine birds."
Aesop
Posted by Linda Walker at 6:59 PM 13 comments: Links to this post