A Week at US Figure Skating Championships 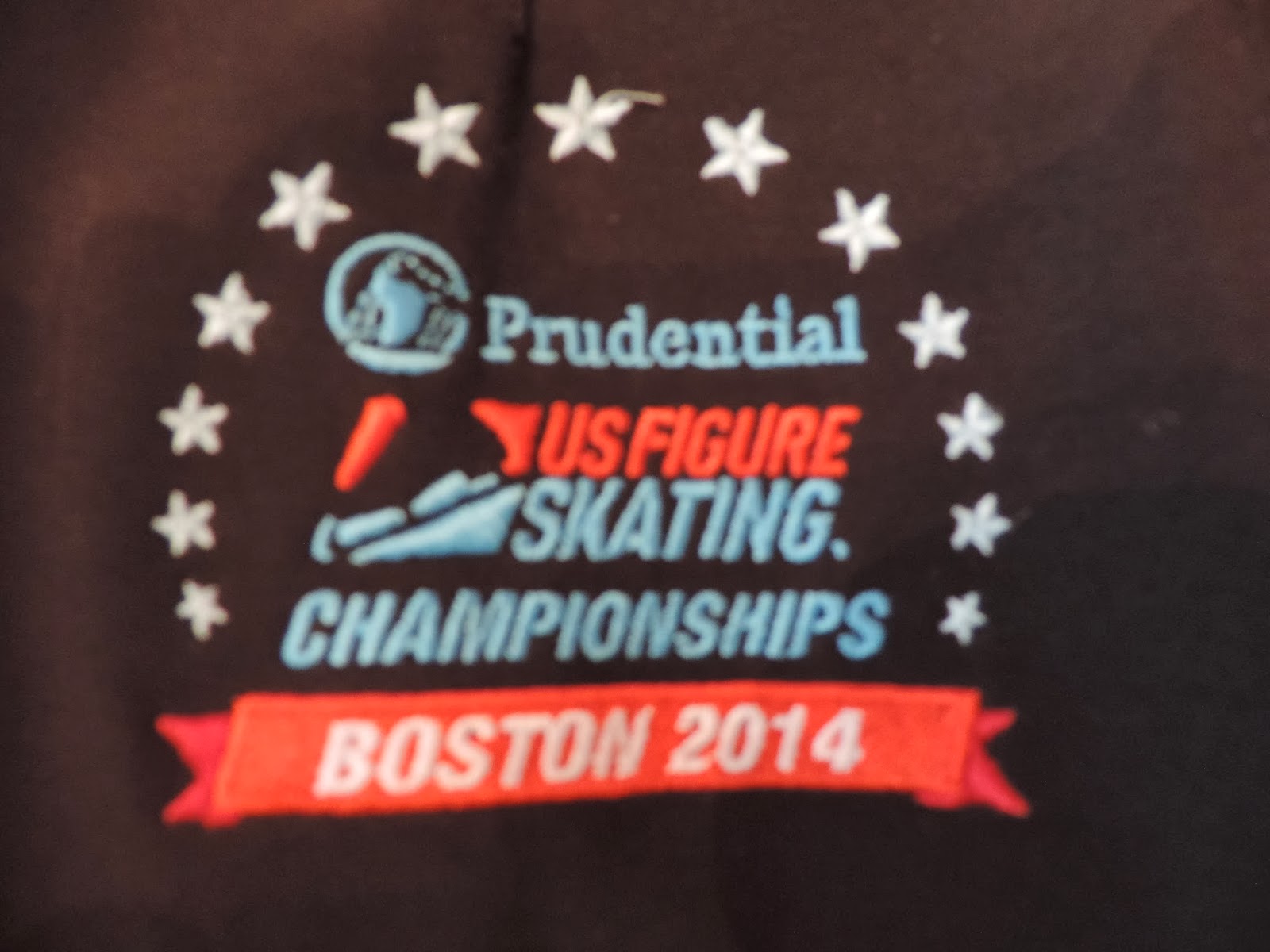 My daughter and I returned home last night after spending a week in Boston volunteering at the 2014 United States Figure Skating Championships hosted by Skating Club of Boston. It was an exhilarating and exhausting week and to say that we saw some really great skating is an understatement.

We invaded my daughter's apartment (she lives with her fiance in the area) on Jan. 7th and our volunteer shifts were at the TD Garden for the next 4 days from noon until 6pm. Prior to our shifts and right after, we would go upstairs and watch the skaters practice or sit and watch the championship events.

Highlights of the week were watching the Opening Ceremony which included the Ladies Short Programs, Ladies and Men's Championships and the Exhibition which will be televised on January 18th. We also saw some of the pairs as well as some ice dance.

My particular volunteer job was "HOSPITALITY" in the athlete's lounge. We checked credentials of everyone coming into the lounge and made sure that the food table was replenished. In addition we made sure locker rooms had boxes of tissues every day and that the lounge bathrooms had hospitality baskets full of supplies and necessities for the skaters to use.
It was a great week. We met so many wonderful people, from locals to volunteers, judges, officials, skaters and coaches. The skaters were courteous and some even expressed their gratitude to us for volunteering. These kids were impressive both on and off the ice!

The most memorable skating programs were Jason Brown's and Mirai Nagasu's. I have seen very little of Jason's skating though my daughter seemed to know quite a bit about his skating ability. I watched him practice and knew right away that he had that "special something." As for Mirai, I have loved and followed her skating in the past, watched her perform and place fourth in the last Olympics and was very happy to see her competing at Nationals and winning Bronze. She skates with such pure joy that it actually brings tears to my eyes watching her perform.

To see her disappointment in not making the Olympic team was heartbreaking. Through tears, she was able, once again to skate a flawless program at the exhibition on Sunday evening following the competition. She took her spot on center ice to begin her program and received a standing ovation before her program even began. The audience was behind her all the way. She skated beautifully to music from "On Golden Pond". At the end, she was rewarded with a second standing ovation.

Now that Nationals has ended and once my daughter returns to school next week I will return to my blogging, sewing and cooking. I have been out straight since before Thanksgiving and look forward to quieter times.

Hope everyone is staying warm. Winter seems to be passing quickly which is fine with me as I am anxiously awaiting warmer weather.

Posted by Linda Walker at 9:36 PM No comments: