The last example I have of of hand sewn skating dresses was the third and last dress that I made for my daughter's annual show. The last two years I was too busy with the planning  details of the show and making decorations for the rink. I hope to get  back to making her a costume for her last year--her senior year of high school and most likely her last year skating with the club.

In 2010, our theme was BROADWAY,  she performed her program to Once Upon A Time, from the Broadway musical, Brooklyn.

Because the song is about fairy tales, and believing that anything can come true if you wish for it or believe in it, we decided to include some pink tulle in it's design. She also wanted it to be pink. The tricky part was how to include some "street looking graffiti" in the costume since the musical takes place on the streets of Brooklyn. This required some thought.

My family had given me a serger for Christmas so I was excited to give it a try on this costume. I decided  to experiment with costume separates (mix and match) so i designed it with a skirt that had a fold down waistband. Underneath the folded waistband I sewed in snaps which allowed the tulle skirt to be attached to the underskirt in the event she ever wanted to wear the other skirt alone. 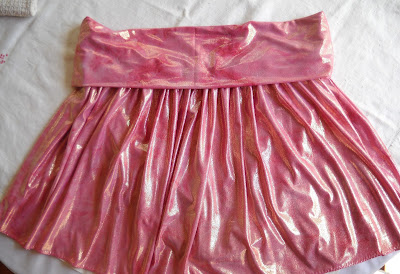 Skirt with fold down waistband with attached briefs. (see below) 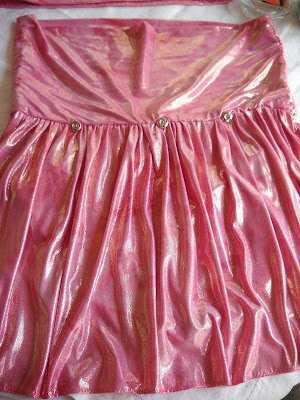 Under the waistband are hidden snaps to attach the
tulle skirt which has the snaps sewn into the inside of the waistband. 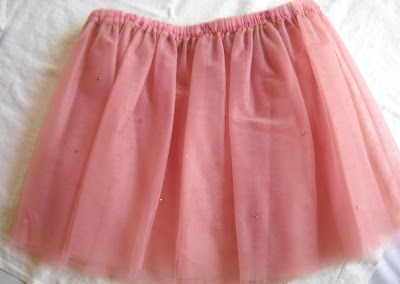 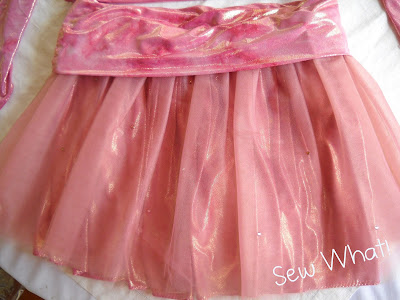 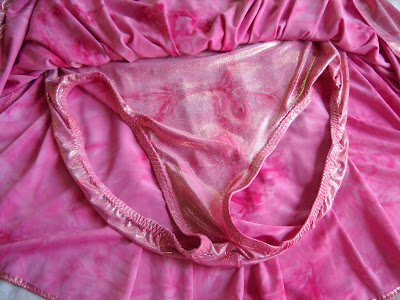 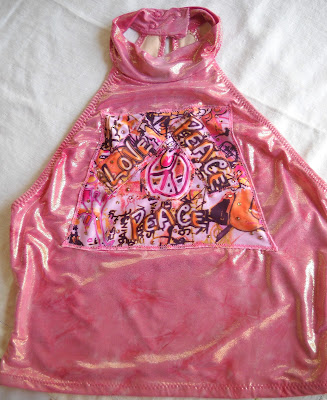 For the top, we decided on a halter style.  I recalled an earlier purchased hip hop costume that she wore and realized we could recycle part of that top and incorporate it into her new costume. I actually cut a piece from the old top and appliqued it to the new top and it went together very well. I accented it with hot fix crystals which are barely visible in this photo. 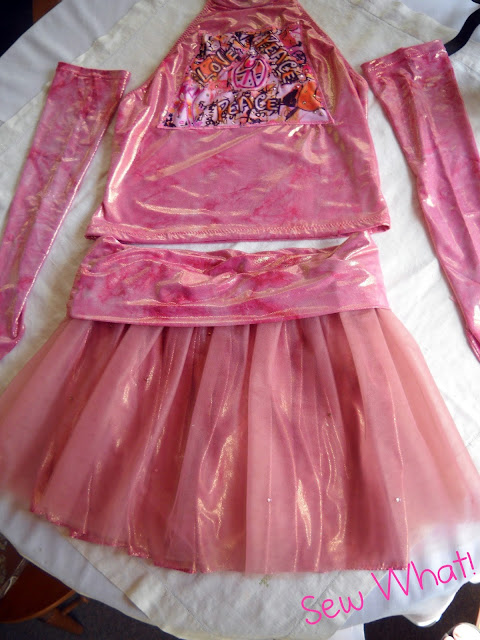 I made gauntlets for her arms and also placed a few random crystals on the tulle skirt. After the previous year's costume, this was a piece of cake to construct. I fell in love with my serger but have not had an opportunity to use it since. I plan to make some time over the summer to try some other projects with this  fabulous machine.

Pretty in Pink on the Ice 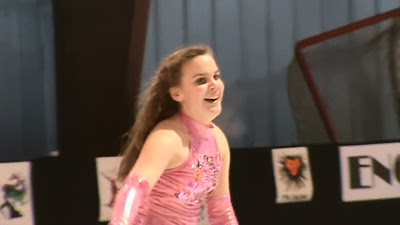 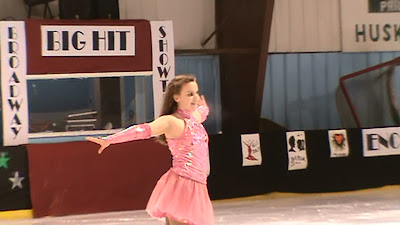 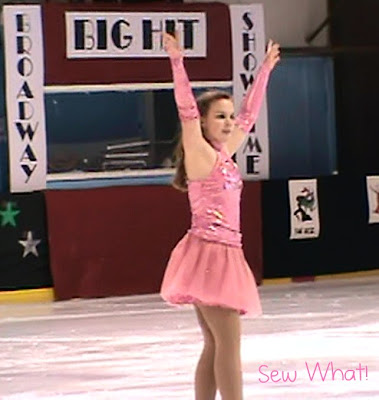 "Pink isn't just a color, it's an attitude!"
Miley Cyrus
Posted by Linda Walker at 4:10 PM No comments: